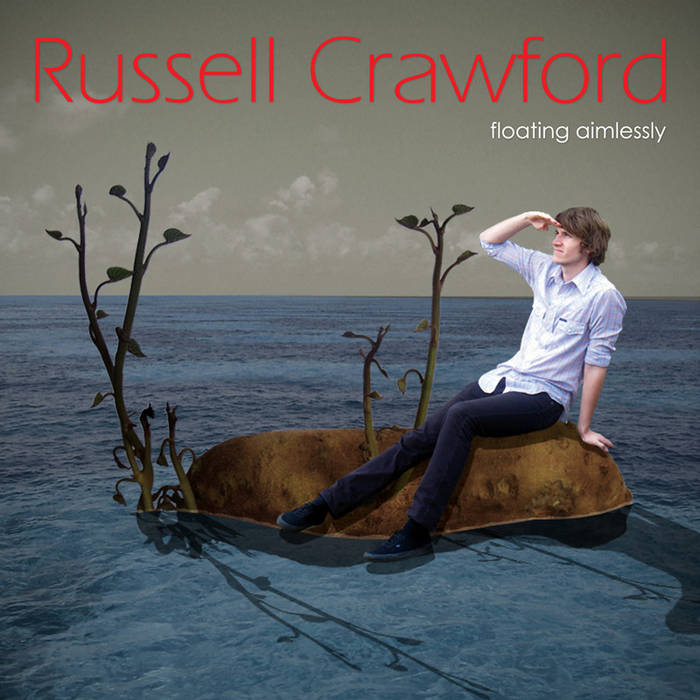 The only other job I've ever had was emptying bins at the local shopping centre when I was in high school. It was a shit job."

Russell Crawford is one of the lucky few who get to make a living out of pop music. Yet it’s taken a few years for him to get around to recording his own. As an in demand session player the 20-something multi-instrumentalist has been locked away in studios and touring on and off since he first stepped up to the drum throne as a professional gun-for-hire a few years back. But Crawford is also an accomplished singer, pianist and guitar player so it seems like a forgone conclusion that he would surely step out from the shadows and ultimately front his own project.

"It was a totally selfish decision to be my own band. I just wanted total control. And that's what I have now - and it's great. There are definitely advantages to being a hired gun. It's nice to know that you can just turn up and play and everything will be organised. It can be daunting fronting your own band. There are always a million things to think about and organise."

Russell Crawford self-released and toured his debut first EP "Hearing All That’s Heard" in late 2006 which received extensive radio airplay both in both his native Australia and overseas. But the project came to abrupt halt when a serious injury left him unable to play for over 6 months.

"It's not really that interesting to tell you the truth. It kind of happened over time. I was really skinny with bad posture and was playing a lot of drums and I basically just wore out my neck until I had to stop playing for six months and get over it. I wish I could say it was a motor bike accident or something more dramatic but it was basically just repetitive strain injury."

When 2008 saw Crawford healthy and ready to return to performing he recruited a live band ("Russell Crawford & The Stickmen") to test drive his backlog of song ideas assembled whilst out of action. He also returned to session work, now fulfilling bass, drums, guitar and piano duties on various recordings, tours and festivals. This led him to make the bold decision to record most of the album himself.

"I played all the drums and piano. Most of the guitar and bass tracks are also me. I really enjoyed recording tracks at home. I haven't done much of that in the past but it gave me a real freedom to experiment and take my time."

After 5 months of recording the finishing touches were laid down at Michael Carpenter ‘s Love Hz studio in Sydney. The results are 15 songs split across two shiny slices of indie pop perfection - the "Bad Luck" EP and the album "Floating Aimlessly".

From the opening sprangs of "Overachiever" to the closing vocal harmonies of "Thank You For Being A Friend" Crawford unashamedly wears his influences on his sleeves – from the Beatles and Tom Petty through to Ben Folds and Weezer. The closing track on the album is perhaps the most obvious indication of Crawford’s breadth of song writing influences in a sublime cover of an Andrew Gold classic:

"I think I have 2 main influences from my child hood. I had a Billy Joel best of and a Crowded House compilation. I never realise it until I play those albums now that I just know every word by heart. It's like they're just burnt into my subconscious."

With dash of Hammond and a sprinkling of piano, a heavy dose of drums, plenty of spiky guitars and a sheen of rich vocal harmonies, "Floating Aimlessly" bares all the hallmarks of a man mastering, and respecting, the art of producing classic pop songs.

It’s not unusual for musicians to record their own records at home these days. Neither is it unusual to find multi-instrumentalists showing of their skills. What is unusual is for the result to bare this level of pop craftsmanship and, quite honestly, to be so damn good!

For Crawford, stepping into the limelight as songwriter and front man was clearly a smart move - nothing aimless about it!

"Floating Aimlessly" is released on Popjinx Records in the UK & Europe and on Popboomerang in Australia and North America.