by The Tattle Tales 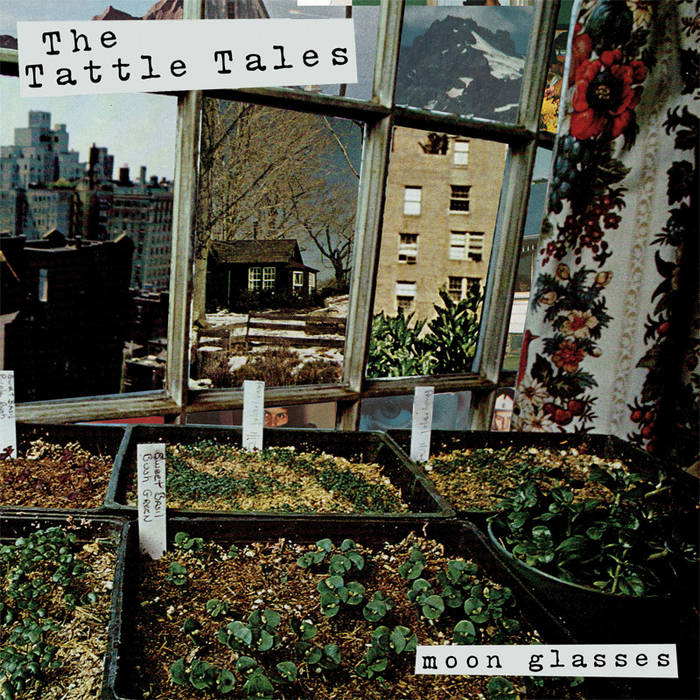 Pop music doesn’t have to be a guilty indulgence. This is clearly the philosophy of The Tattle Tales. The New York natives embrace the history of classic pop bands that litter the musical landscape of the last 50-or-so years. They are infused with flavours of the Beach Boys, The Zombies, Elvis Costello, and more, while still understanding that great pop music can’t stay stuck in the past.

Since their formation The Tattle Tales have embraced the DIY ethic. They have embarked on a series of self-financed tours that have seen them share a stage with a slew of major bands (Paramore, Alkaline Trio, Third Eye Blind, Letters To Cleo, The Buzzcocks, They Might Be Giants, The Pharcyde, Zolof The Rock And Roll Destroyer, The Donnas). They’ve self-released three albums, 2000's 'Sometimes Magic Sounds A Lot Like Tape’, 'Get Snappy' in 2003 and "Hearts In Tune" in 2007. Their efforts so far have seen their music played everywhere from MTV in the US to the pop-punk clubs of Japan.

“Moon Glasses” sees a significant leap forward for the band. Tighter, smarter and more mature, the EP remains true to their core sound: slick but not over-produced, visceral and energetic yet not raw or lo-fi. These new songs are sharper edged, even more finely crafted with attention to detail in all the right places - lyrics, hooks, harmonies, riffs.

The classic boy/girl vocal one-two sees Christian Stefos Migliorese and Anya Kaats trade lead vocals and harmonies throughout the EP while individually their contributions to guitar and keyboard respectively remain the harmonic foundation of the band.

“I love a good song regardless of where or who it comes from” says main songwriter Christian Stefos Migliorese. “Whether it's Destiny's Child, Jellyfish or Megadeth, a great song is a great song. From the beginning it seems we've always been too pop for the punks and too punk for the top 40 listeners”.

Speaking of which, Moon Glasses sees surely the first recorded example of the legendary Metallica/Mustaine history as a simile to the lament of lost love. “Feelin’ All Dave Mustaine” is even bizarrely perhaps the most radio-friendly of the 7 tracks.

With the new "Moon Glasses" EP The Tattle Tales continue their search for pop-rock perfection and it seems they’ve got pretty close indeed. Pop might be a faux pas in some scenester punk circles, but The Tattles Tales know a good tune when they write one.

“Moon Glasses” by The Tattle Tales is available now on Popjinx. Also on 10” vinyl from Killer Records and on CD through Hangup Records (US) and SP Records (JP).